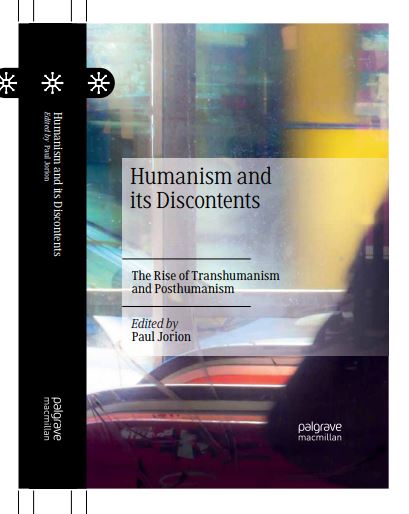 This book explains that while posthumanism rose in opposition to the biblical
contention that ‘Man was created in the image of God’, transhumanism
ascertained the complementary view that ‘Man has been assigned dominion over all creatures’, further exploring a path that had been opened up by the
Enlightenment’s notion of human perfectibility.
It explains also how posthumanism and transhumanism relate to deconstruction theory, and on a broader level to capitalism, libertarianism, and the fight against human extinction which may involve trespassing the boundary of the skin, achieving individual immortality or dematerialization of the Self and colonisation of distant planets and stars.
While one author contends that there is no Artificial Intelligence as all intelligence is artificial, two other authors debate about truth and reason in today’s world, the notion of personhood and the legacy of the Nietzschean Superhuman in the current varieties of anti-humanism.
Paul Jorion, Ph.D. is Associate Professor at Ethics laboratory from the Université Catholique de Lille, France. He trained as an anthropologist, sociologist and psychoanalyst. He taught at Cambridge University, UK, was a UCI Regents Lecturer and a member of the UCLA, USA, Human Complex Systems. He played a pioneering role in AI (British Telecom’s Connex project) and in developing financial algorithms.